I'm beginning to suspect that Jean-Luc Godard is an over-rated filmmaker. Or at least that I don't care very much for his work. Maybe ten years ago I saw Band of Outsiders (Bande à Part), and really liked it. But I suspect that may have been only because of a few charming scenes involving the beautiful and charming Anna Karina. I haven't seen it again so I'm not sure. Then I saw Breathless, and came pretty close to disliking it. I don't have a lot of patience any more for the romantic and glamorous criminal business. Yes, I suppose  that has something to do with the fact that I'm not romantic or glamorous or criminal, but even in my old age I find it a little depressing that chicks go for that type. (I also saw Weekend sometime back around 1970 or so, and thought it was sort of crazy, but I'll withhold current judgment on it until or unless I see it again.)

And then this week I saw Alphaville. I had put it on our Netflix queue years ago. Really, years--I put it on there in a burst of enthusiasm when we first signed up, but then kept putting other things ahead of it. And it finally made its way to the top only because I forgot to put the next series of Vera ahead of it.

It's a sort of science-fiction movie with a few film-noir trappings. The city of Alphaville is the totalitarian governing metropolis of some sort of giant civilization, apparently an interplanetary one--the term "galaxies" is thrown around but in a way that doesn't make much sense. A secret agent from the Outlands has been dispatched to the city with orders to assassinate a scientist who is in charge of a computer called Alpha 60 which is in the process of becoming the real governing entity.

There's nothing wrong with that as the premise of a movie, but I don't think this one is very well executed. There are absolutely no special effects, and all the action takes place in what is obviously a contemporary (that is, 1964) city. The secret agent initially appears driving a Mustang. I don't know whether Godard wanted to do it this way or just didn't have money to build some sort of futuristic environment. And maybe that's just as well, considering the state of special effects etc. at the time. But it lends a slightly ludicrous quality to some of the dialogue. More fundamentally, if the story was meant to be genuinely exciting, it certainly failed for me. Almost everything about it was unconvincing to me. There is a lot of fairly conventional sermonizing about mechanization, automation, control, dehumanization, etc., mixed with heavy 20th-century-French profundity. I actually laughed out loud when our hero said, in an interior monologue:

Yes, it's always like that. You never understand anything. And one night you end it in death.

There were a few things I liked, most of all some really evocative photography of nighttime cityscapes and the cold empty interiors of office buildings and hotels. Anna Karina is there, playing Natasha, the daughter of the scientist, and there are many long looks at her lovely face. There is a long, really too long, scene, where the hero and Natasha are in a hotel room philosophizing and falling in love. And one device of the Alphaville environment struck me as a distinctive and still telling insight: dictionaries are treated like Bibles, but are constantly replaced with revised editions that omit some words as no longer permitted and add others that are now required. The hero finds that Natasha does not know the word "conscience." He tries to explain it to her, and she says something like "I feel that I know this word although I have never heard it." Yes--it's one of the things we can't not know.

Looking around on the net, I find that my view seems to be in the minority. Here's a more typical one, if you're interested. There is apparently some cultural context that I was not aware of: the agent is named Lemmy Caution, and is played by an American actor, Eddie Constantine, who was well-known for playing the same character in a series of crime dramas.

Years ago (I mean something like forty years) when I worked in a bookstore, we stocked the fiction of B. Traven. Or perhaps I should say The Mysterious B. Traven, as he is often described. Here is the beginning of his Wikipedia entry:

B. Traven (Bruno Traven in some accounts) was the pen name of a presumably German novelist, whose real name, nationality, date and place of birth and details of biography are all subject to dispute. One of the few certainties about Traven's life is that he lived for years in Mexico, where the majority of his fiction is also set—including The Treasure of the Sierra Madre (1927), which was adapted for the Academy Award winning film of the same name in 1948.

I remember picking up one of his novels, The Cotton Pickers, one night in the store when nothing was going on, reading a little, and feeling a bit let down, because it didn't seem to promise anything as exciting as the vague mythology surrounding the author suggested. Then I got interrupted, and never went back to it. A month or two ago I saw The Cotton Pickers and another book, The Night Visitor, on the discard table at the local library, and grabbed them.

Now I've read The Cotton Pickers, and that initial hasty impression of forty years ago seems to have been fairly accurate. I enjoyed it, but it's not a dramatic narrative, nor does it reach great psychological or philosophical depths. Insofar as it seems to have any aim beyond the picturing of a place and time and the telling of a story, that aim seems to be political: it is concerned with the oppression of the poor in Mexico (and by implication in the whole "capitalist" world). But it's not strident or plainly ideological, nor does it picture saintly poor people up against evil capitalists, so you never feel like you're reading a tract, but simply seeing things as they are. And in fact I would recommend it precisely as a social document, because it has the ring of truth, and it's good to be reminded sometimes, if one is inclined to forget it, of how deeply serious injustice is embedded in the world.

The story is set in rural Mexico, presumably in the 1920s when the novel was published. It's a loose first-person narrative of some months in the life of Gerard Gales, of whom we know nothing much except that he is "a white man," presumably American but possibly European, and is a vagabond without money or apparently any sort of stable life. The story opens with his arrival in a village where he desperately needs to find work. With a few other equally poor men he goes to work picking cotton. A good third or more of the book describes that experience. Later he puts in a bit of time at an oil field. He stays for a while in a little town, where he works in a bakery. He takes a job driving a herd of cattle to market.

And that's it. There's no cumulative narrative, just a series of incidents peopled by characters who come and go. Only at the very end of the book is there a suggestion that there may be more purpose in his wanderings than meets the eye, and I'm not sure about that. It's very low-key, and Gales's voice is wry and ironic. I might even call it light, but in retrospect, I'm left with a cumulative effect of seriousness, as much picture as story, and a very vivid one. A blurb on the dust jacket of my copy says that Traven does what Hemingway only tried to do, but this book, at least, doesn't strike me that way. It doesn't have Hemingway's grim seriousness and self-conscious heroic fatalism.

Now I want to read Treasure of the Sierra Madre, which unfortunately was not on that discard table.

One reason I read this book before the other is the subject, with which I have a personal connection: I'm one of a dwindling number of people in this country who have actually had the experience of picking cotton all day. The title in German is amusing: Die Baumwollpflücker. Good thing I never called anybody that in the cotton field.

I can deal with people making cheap political points by way of slogans, "memes," and the like. Well, that's not entirely true. I can't really deal with them, but I can usually manage to change the mental subject and ignore them. What really drives me up the wall is when they think they've made a point, but it doesn't even make sense. I've long thought that "Keep Your Rosaries Off My Ovaries" was some kind of champion among that species. But I saw one a day or two ago that beats it: "The Constitution Has No Alternative Facts." The one about rosaries makes no direct sense; it's only word-association, but at least you can discern a connection between the words and a sentiment: the Catholic Church is trying to oppress me. I cannot find anything resembling a thought in the new one, though. I know what it means, of course: I don't want Neil Gorsuch on the Supreme Court. But is there any connection between that and a dig at Kellyanne Conway's "alternative facts" remark about the size of the crowd at Trump's inauguration? Well, there I go, doing what I really must stop myself from doing: trying to point out illogic in a context where logic is irrelevant. It's a trap.

More and more often, in journalism and in the writing of young people in general (not real writing, but Internet postings of one sort or another), I notice misspellings indicating that the writer has only heard the word, not seen it in print, and is spelling it phonetically. This one caught my eye in a local news story the other day:

“She goes bizzurk, stabbing a gas station attendee in the neck and then goes across the street and attacks a female pharmacist, literally beating her to a pulp,” Nancy Grace said during a 2010 show.

I'm assuming this was the reporter's transcription, not an official one from the TV network (Nancy Grace is a TV "personality.") 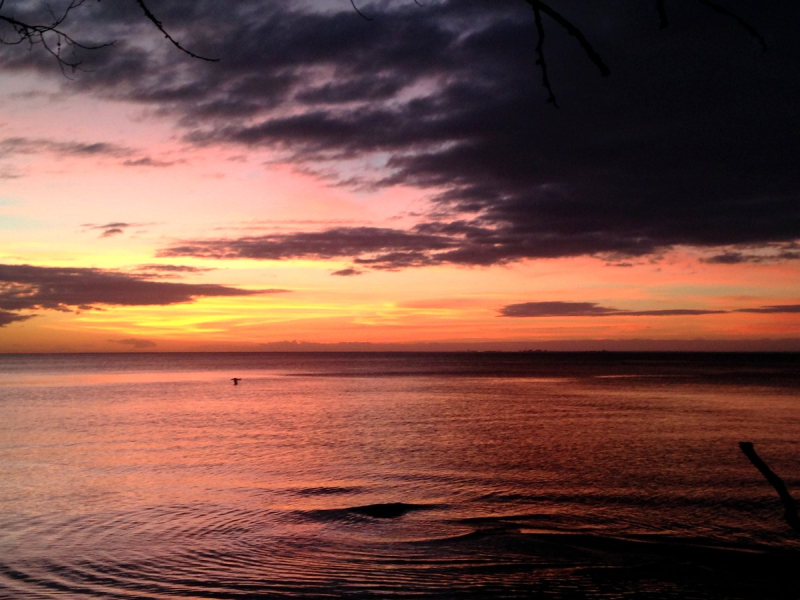 No more than usual.

I've been trying for the last couple of days to remember if I've ever seen even one of Godard's films and I'm coming up with nothing. Odd that I saw a lot of other French films in the 1960s but none of his, even though I remember Breathless was talked about a lot then. Reading some reviews of his work has left me with the impression that his movies are mostly just clever, but I guess some of his techniques have influenced other directors.

About your cotton-picking experience. When I was growing up in California's San Joaquin Valley, I remember hearing friends of mine who lived on farms talking about having to chop cotton. Always sort of mystified me, and I didn't find out until much later that "chopping" meant "weeding". Was that term used where you grew up?

I guess the most important aspect of my reaction to Alphaville was that I just couldn't take it very seriously.