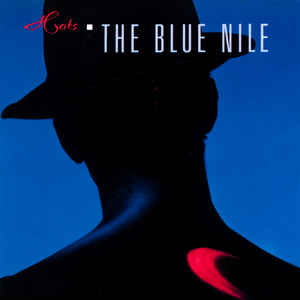 After their well-received debut album from 1984 A Walk Across the Rooftops, fans of this Glasgow trio had to wait five years for the next record. Both internal issues among the band members and record company disagreements caused nearly a whole album’s worth of material to be scrapped, material they’d begun working on almost immediately after the first record was released. But when they finally made it back into the studio in 1988, most of the problems had been sorted out, and they were able to create a masterpiece in a relatively short amount of time.

The previous record had been an odd duck of a thing – released on a small label, and containing a mixture of cool electronics and soulful lyrics and vocals, it took time for it to catch on, as people didn’t seem to know what to make of it. I remember buying it in 1984 and really not being sure whether I liked it or not – it seemed to be simultaneously cool and old-fashioned (don’t those strings and guitars on “Tinseltown in the Rain” sound a lot like disco????) Eventually, however, it grew in popularity, and by the time Hats came out in 1989, fans were ready for it. And it was worth the wait.

It follows in the same basic sound world as the first record, but is warmer and more lush, less coolly electronic. Paul Buchanan’s rich Sinatra-like baritone remains the sonic focal point, while his introspective, emotional lyrics set the mood. This is rainy-night-in-Glasgow music, like a sonic representation of the album covers of Sinatra’s No One Cares or In the Wee Small Hours. Most of the seven songs are either slow or mid-tempo affairs, with only one truly upbeat number, “Headlights on the Parade.” Most of them are sad as well (jazz singer Curtis Stigers called “Let’s Go Out Tonight” the saddest song ever written), with the exception of the album’s hopeful closer “Saturday Night.”

As on the first album the songs on Hats tend to grow slowly and run long (the shortest track clocks in at four minutes). This is no detriment, however, since it gives them a chance to develop in sometimes unexpected ways. For instance, the surprising coda-crescendo of “The Downtown Lights” comes just as you’re expecting the track to fade out, and “Let’s Go Out Tonight” includes a very short bridge which appears out of nowhere, and which features one of the most sublime, perfectly placed piano chords in all of pop music.

Really, I could go on all day about this album, but it’s better just to listen. As there are only seven tracks, I’m going to link to only one, the full album version of “The Downtown Lights.” The video is not “official,” but is a nice amalgam of views of Glasgow and footage from the song’s shortened promo video (which excludes the coda mentioned above). If this track appeals to you, the rest of the album will too.

I recall reading a rave review of this around the time it came out, and it sort of lodged in my mind somewhere, though I didn't hear it until relatively recently, when I bought a used copy. First couple of times I played it I wasn't listening closely and thought "Well, that's kind of dull, what was all the fuss about?" Then it sort of sank in. It really is that good. I can't think of anything else that does the nocturnal urban melancholy vibe so well.

Yes, the first record reflected an element of that in several songs, but Hats really pulled it all together. I remember listening to it the first time and thinking that it had all the good points of the first album with none of the negatives.

On the first record I really only like four of the songs, while on Hats I like them all.

I bought Walk Across Rooftops just a week or so ago, having discovered that eMusic has it. Haven't listened to it yet.

That is an excellent video for the song. I clicked over to YouTube so I could see it full-screen, and after it was over I saw that YouTube's suggestions included a cover by Annie Lennox. She does well by it, sticking to the original arrangement, so it's basically the same thing but with her voice.

I love the album cover.

Annie Lennox could sing the phone book and make it compelling

Does anybody see any particular significance in the red crescent? Is it just supposed to be a bit of light shining on the figure, or is there some meaning that I'm not getting?

Not 100% sure but I think it's just a patch of light. I've noticed that the UK album cover varies slightly from the US version -- the font and placement of the text are different, and the red light seems more muted.

Wikipedia says that was done for marketing purposes. I like this one a lot better.

"I can't think of anything else that does the nocturnal urban melancholy vibe so well."

The nearest thing that comes to mind is the album Solace by the trip-hop duo Mandalay. It's a good record, not as solid overall, but the best songs come moderately close.

I don't know that one, but I generally like anything labeled trip-hop, so I'll have to check it out. Groups like Massive Attack and Portishead do urban nocturnal but more urgent and uneasy, not exactly melancholy.

So is this the U.K. or U.S. cover? I'll guess it's the U.S. one, as that's what my copy has. I like it better, too, at least graphically. If I saw the other one without knowing otherwise, I'd think the group was Hats and the album The Blue Nile. With the version here I guess it would be a tossup.

Don't know if you've seen, Mac, but both Slowdive and Ride have new albums coming out. The former may be out already -- I can't quite tell from Amazon's listing. A friend has heard the UK release, however, and really likes it.

I had heard about Slowdive but not Ride. I didn't get excited because these reunion/comeback things tend to be disappointing. But I'd like to hear them.

Yeah, I thought the same thing, but the Slowdive disc seems to be getting pretty good marks so far. Ride doesn't come out until next month, but it looks like a couple singles are available for listening.

Slowdive just showed up on eMusic. I think I'll get it.

yep -- got it over the weekend. Great stuff.