[Once again needing to come up with something in a hurry, I'm once again falling back on an old post. I haven't heard this album for a while but I'm pretty sure I won't have changed my mind about it.--mh] 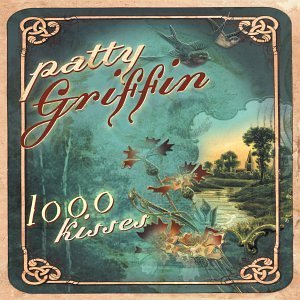 Although I can’t claim to have heard all the competition, I don’t think I’m going out on a limb when I say that Patty Griffin has one of the very best voices in pop music. She has prodigous strength and range and tone and control, with a lower register bound to produce odd spinal sensations in any human male who can hear, but unlike some singers with comparable natural gifts, she has taste and intelligence and sensitivity to the song. Moreover, she’s a terrific songwriter herself. All of this is rather unfair to those of us who aren’t so gifted, particularly to songwriters who don’t sing very well and singers who don’t write very well. Our compensation is that we get to listen to her.

Her first album, Living With Ghosts, is only voice and guitar and while it’s an impressive feat it feels stripped down. Her second, Flaming Red, is excellent but goes too far in the other direction: it’s over-produced, with that over-crowded and glossy sound that major studios seem to produce often and which sometimes seems—to me, anyway—to render the music somehow remote and untouchable, like something encased in plexiglass. This one, 1000 Kisses, is just right, production-wise. She’s backed by a small acoustic ensemble that plays subtly and sparsely, giving her voice plenty of room. The sound is big, open, and clear. The material runs the gamut from good to very very good. My particular favorite is a cover of a Bruce Springsteen song, “Stolen Car,” and it’s a testimony to her skill that she’s utterly convincing in it even though the lyric is from a first-person male point of view; in fact I don’t recall, on first listen, even thinking about the disparity until the song was over. I suspect she’d be capable of taking ownership of most any song in that way, if she liked it enough to go the trouble.

The album as a whole doesn’t quite come together in the way that makes a real classic. To my taste the material falls off a bit toward the end, and “Mil Besos,” sung in Spanish and more elaborately arranged than the other songs, seems out of place. But the first two-thirds or so is about as good as this kind of music can ever be.

The only problem with it is that a number of the tracks make me all teary-eyed.

P.S. If my memory is accurate her Impossible Dream album may be even better, but I didn't write about it here and haven't heard it for a while.

Funny -- I saw her live at a festival in the summer of 2002, right after this album came out, but for some reason I bought Flaming Red instead. I've never heard any of this one.

I agree with you about FR -- too polished and glossy.

(note: I'll be working on a piece for this series over the weekend. Not sure what album, but I have it narrowed down to three, none of which should involve stepping on someone else's toes.)

I will do another soon too, Mac. I no longer have internet at home, but should be able to handle typing it there and bringing to work on a flash drive thingie, then adding links to it here and emailing to you. Life is so difficult when you don't want to pay cable or phone companies. ;-)

As to Patty Griffin, I have heard little other than your occasional praise. I promise to take a listen soon.

Ok, good (to both of you). I also need to go ahead and write a few to hold in reserve, so I don't get caught the night before like this. Also need to contact Michael Martin (are you reading this, Michael?) to see if he plans to do Hounds of Love. I started to do it but remembered that he had mentioned it in the Claims discussion.

I'd *really* hate to be without internet at home, even aside from the fact that the paid work I still do requires it.

The more I think about it, the more I think 1000 Kisses is not the best Patty Griffin album to have picked for this series. At any rate Impossible Dream definitely has some of her very best work. It includes a song called "Mother of God" that I remember as being stunning.

I love Impossible Dream. I love the Kite Song and Love Throw a Line, and several others. It's my cleaning-the-house album.

So far the no internet or cable thing is not bothering me. I'm sure I'll go back sooner rather than later. I became unhappy with Comcast (again) after the move. They are the worst and most incompetent company on the planet (and I told them that). When I return I will try AT&T U-verse; but I'm going to hold out as long as I can!

I haven't had any significant complaints about U-verse. The computers in my study/office/whatever lose their connections from time to time, but I'm pretty sure that's a problem with the physical connection, not U-verse.