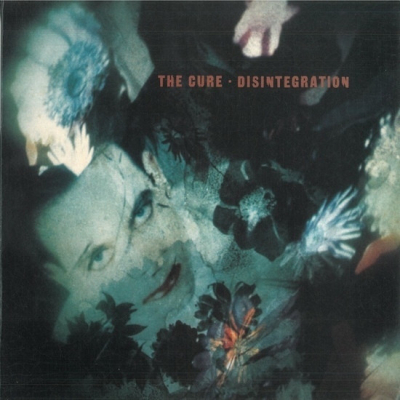 Like most people who grew up when what is now called “classic rock” was new, I’ve grown accustomed to hearing some very incongruous music in public places. I think it was back in the ‘70s when I first heard an easy-listening instrumental version of a Dylan song in the background music of a dentist’s office or a shopping mall. It’s still a bit amusing to hear something that was rebellious and subversive in its day so domesticated, like hearing a Black Sabbath riff from a high school band at a football game (very common). But it’s not usually a shock anymore.

One night in the grocery store back in 2006, though, I was shocked. I realized I was hearing “Pictures of You,” from The Cure’s Disintegration, a sad song from an album which would surely be among the candidates for saddest pop album ever made. If I were the only voter in that poll, Disintegration wouldn’t win—it would come in behind the Julee Cruise/David Lynch/Angelo Badalamenti collaboration Floating Into the Night, which is the saddest pop music I’ve ever heard, too sad for me to listen to very often. But Disintegration would definitely be in the top ten or so.

So I stood there in front of the dog food, half-hypnotized by “Pictures of You,” then began to smile when I thought about what the CEO of Food World might think about a store providing these lyrics as an accompaniment to the grocery shopping experience:

Remembering you
fallen into my arms
crying for the death of your heart
You were stone-white, so delicate,
lost in the cold,
you were always so lost in the dark

On the album, "Pictures of You" is 7 1/2 minutes long.  A single, two minutes shorter, was fairly successful. This is the single version. If I remember correctly, the biggest difference is in the length of the instrumental intro, which I think is very effective in establishing an atmosphere before the vocal begins. But the single version is good enough to give you a feel for it:

Disintegration was released in 1989. As with Jane Siberry's The Walking, my acquaintance with Disintegration came by way of a younger co-worker at the time, who made me a mixtape of then-contemporary music in the generally goth-industrial sort of vein. If I remember correctly, the track "Plainsong" from Disintegration was the first thing on the tape, as it is on the album, and it very effectively sets the mood: a long dirge-like thing, mostly instrumental with some half-mumbled words of which "so cold" are the most distinct.

There was a lot of good stuff on that tape, including at least one group who will appear later in this series. And I think it also included "Fascination Street," a darkly catchy picture of the night-club party life as a sort of dance of death: "Let's move to the beat like we know that it's over."

I find it amusing that the ghoulish-looking singer, who is also the main writer, is named Robert Smith.

A couple of years later my old friend Robert (not Smith), with whom I'd always shared a definite leaning toward the melancholy, sent me a tape of the whole album, and I found that I liked it a great deal, and moreover that it's one of those pop albums that carries a definite sense of unity. It's a unity of gloom, very effectively portrayed, and insistently melodic. It manages to sustain a basically similar style and sound through its hour-plus length without becoming monotonous. As I tend to find  CDs (that is, albums originally produced for CD) too long, this is a relatively unusual thing for me to say. (I did eventually buy the CD.)

Toward the end, the 8-minute-plus title song gives us a picture of "stains on the carpet and stains on the memory." Enjoy!

--Mac is the proprietor of this blog. This is a somewhat expanded version of a post from 2006.

Finally we're in agreement about something, Mac! Disintegration is one of the all-time great pop albums and one of my personal faves. It is hard for an album/CD to be about an hour long and remain compelling, but I think The Cure got it with this one. Buying this back when it originally came out then led me to buy many more Cure CDs as the years went by, and none of them are near as good.

As a little foot-note, I've never seen this band in concert but a while back (when I still had the internet at home) I would get up in the morning and watch Youtube while eating cereal and drinking coffee. For a week or so I was watching concerts and music videos. I found a relatively recent concert of The Cure and was pretty amazed at how great they still sound, and of course mostly Robert Smith's voice. That would be a show to see.

Oh, we agree about a lot. Just because you have that weird thing for the white album....:-)

I'm actually a little surprised to hear you say you like this, though. It's *so* *very* gloomy. I noticed some of those recent concert videos while I was looking for this clips. I'll have to check them out.

I haven't heard all that much of their other stuff but what I've heard didn't seem as good.

It just has this very cool vibe that goes on the entire album where it remains good at a high level of musicality. Each of their other albums seems a little stilted in some way, doesn't quite groove. Groovy man. Bummer stuff doesn't bother me, I've watched Manchester by the Sea three times now!

Maybe we can get a few of the other MEN to comment on Disintegration. The WOMEN don't care. :D

John McEnroe can tell us what Serena Williams would do after listening to it...

I've always liked The Cure musically (I like a lot of bands with a similar sound) but I've never been able to get past Smith's voice, which I don't care much for.

No accounting for tastes, as ever. His voice is a big part of what makes the sound for me. It shouldn't work--that I'm-so-miserable, catch-in-the-throat thing--but for me it does.

What do you guys think of Morrissey? I'm not as big a fan of his, as I am Smith, but there is a similar vain of unhappiness running through the lyrics. He can be fun.

And: "remains good at a high level of musicality"--yeah, that's part of what I was trying to say. When I think about it, I can't come up with all that many other albums that maintain such a high level of quality and at the same time a very distinct and limited sort of sound and theme.

I like the early Smiths stuff more than Morrissey's solo music, but he does have some pretty good songs. I've always liked "Suedehead," for instance, and "Every Day is Like Sunday."

Step right up, folks, and enjoy an evening of the "unity of gloom". Uh, thanks but no thanks. ;-)

Re The Smiths: funny, there were a couple of Smiths tunes on that tape I mentioned, and I didn't much care for them, and Morrisey's voice specifically was one of the reasons. Nothing exactly wrong with it, I just didn't care for it. I know The Queen is Dead is said to be a classic but I've never heard it.

another one I've never heard of!

But worth your while. They're not hippie but they're hairy. ;-)

I have this same problem with the current band Future Islands. I like their sound, but can't quite get myself around the singer's voice. Listen to the songs "Seasons" or "Ran" and I think you'll see what I mean.

I clicked on that 'Pictures of You' and heard it for the first time, to my knowledge. Heard it again for the second time today in the car.

Meaning, it just came on the radio? One of those weird things...