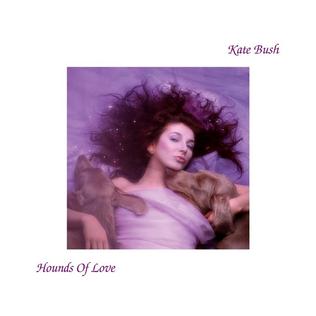 She’s a flower of the mountain. I see only see her face, framed by hair the color of chestnuts. Full red lips blossom into a smile, eyes full of stars. We do not touch, but warmth fills my heart to the point of tears as I breathe the perfume of recognition. When she approaches me, I wake myself. I remember who I am: a man with nine kids and married to someone else. I remember who she is: Kate Bush, the neo-romantic British pop singer who attained great popularity in the eighties. This is the fifth time I’ve dreamt she is my wife.

Later that morning, as I fill my travel mug with coffee and wrap my almond butter wheat toast in paper towel, I tell my wife about the dream. “I dreamt I was married to Kate Bush again. Isn’t that funny?” She utters a sound somewhere between “indignant scoff” and “incredulous pshaw.”

“Nothing happens,” I explain. “I’m just married to her. I think she’s supposed to be you.”

“I mean she represents you. Like a cipher. Something to give me objectivity.”

“What time are you coming home, Mister Objectivity?”

I know when to stop.

I grab my mug, my toast, and my book bag. I hug her and kiss her lightly on the lips. She’s under ice.

“Cut it out,” I say. “Nothing happened.” Then I add, “She reminds me of you.” Which is true (one of my kids even thought a video of Kate singing “Hounds of Love” with David Gilmour was his mom), but it is not necessarily the right thing to say at the moment.

I am not going to win.

I first encountered the music of Kate Bush in 1985. I was twenty-three, a struggling songwriter and guitar player given to idealism, when I heard the end of her “Running up that Hill” on the radio. Intrigued, I went out the next day and bought a cassette copy of Hounds of Love, the album on which it appears. I didn’t play it right away. I saved it.

That night, a rainy Thursday in November, I decellophaned the cassette alongside my friend and bandmate (and very recently my brother-in-law) Jason as we sat in a party store’s parking lot inside my grey Chrysler TC3, trying to drink enough of our Cokes so we could top them off with a little Grand Macnish. The TC3, while it was not the slickest ride on the strip, did have a fine Pioneer sound system. Our beverages in order, I popped the tape into the deck: Track A:1, “Running up that Hill (A Deal with God).” As the opening C minor chord on the Fairlight swelled and then bled into a martial yet profoundly emotional drum cadence, we sat enthralled. In the song’s passionate bridge, when Kate sings, “Let’s exchange the experience,” a drum fill climaxing in thunder, Jason turned to me and yelled over the soundtrack, “I’m going to marry her!” We are both guilty. So guilty.

Years after Jason and I were blown into the ethers by the English girl from Kent, my wife and I were awaiting the arrival of our fifth child. The due date was July 25th. July 25th came and went and no baby. On July 29th, on a trip to the grocery store, I heard a disc jockey on public radio, one of those pretentious bastards who peppers his between song banter with words like “oeuvre” and “zeitgeist,” introduce a set of Kate’s songs in honor of her impending birthday on July 30th (coincidentally, also Emily Bronte’s birthday). Once home, I told my wife what I’d heard. Stupidly, I asked, “Wouldn’t it be great if the baby came tomorrow?”

“Just great,” she said. But she didn’t sound like she meant it.

The baby, a girl we named Zelie, was born at home on July 30th at around 11:30 pm, just squeaking in under the deadline, as it were. Now almost fourteen, Zelie loves to sing and dance, write poetry, and play the piano. A coincidence? I think not.

Hounds of Love is one of about four CDs I have in rotation (the others are The Waterboys’ This is the Sea, Derek and the Domino’s Layla and other Love Songs, and Fairport Convention’s Liege & Lief). Okay, so I’m kind of stuck…but the record has only gotten better with age The imaginative scope of the album is astounding—from the heartache of the opening track, the Romantic stoicism of the title track, the optimism of “The Big Sky” and the memorial to Wilhelm Reich in “Cloudbusting” on side one (I still think in terms of album sides) to the Ninth Wave sequence on side two, particularly the exhilarating “Jig of Life” and the haunting “Hello Earth,” the album is a masterpiece from start to finish. And, even though the sound of the Fairlight permeates the songs, they don’t sound dated. No doubt, this is all due to Kate’s lyrical imagination which is lent clarity by the pure splendor of her voice, uncompromised as it is by the sordid need to sell product so characteristic of the music of our current moment.

But, then, it may be that I can no longer tell the difference between biography and aesthetics.

—In addition to teaching philosophy and English at Marygrove College in Detroit, Michael Martin is a biodynamic farmer living with his wife and most of his nine children in Waterloo Township, Michigan.

What a great review, Michael. Other than the wife comparison your story sounds a lot like me originally coming across Hounds of Love, buying it (I think I also initially owned it on cassette, now I have a CD) and falling in love with not only her voice and the songs, but also with her. Every time I listen to it (and I have recently) it just seems to sound better and better. The rest of her catalog is okay, but Hounds of Love is outstanding!

I think there are a lot of men of a certain age who fell in love with her in their teens or twenties. :-) I was not one of them but I get it.

I was already 40 or so when I first heard her, but I had heard about her before that. In the late '80s I was on the Internet precursor to the web (text-only discussion groups). It was mostly young or fairly young techies and there was a group devoted to Kate worship.

As with Jane Siberry and The Cure (previous 52 Album posts), I was introduced to Kate's music by a co-worker ca 1989. He lent me a CD of The Whole Story, a sort of best-of at that point in her career. I liked it a lot (and made a cassette copy!) but years went by before I heard any more of her work. Then it was also a cassette, even though it was probably the early 2000s by then--a cutout of Hounds of Love. I saw it and thought "I always meant to investigate more of her work." Then of course I was knocked out when I listened to it. I don't think I like it quite as much as y'all do, but it is really, really good. Still haven't heard all her other stuff. I like the more recent Aerial a lot though it's not nearly as striking as Hounds.

Sometime in the mid-80s right after this album came out me and a friend were driving home from college. I had Hounds of Love in the cassette deck. Vince had drifted off in the passenger seat and there's the one song where Kate whispers "Wake up" and he sort of jerked awake thinking that I had been the one to say that. :)

In the early nineties I made a five hour bus trip from Plymouth to London to commit a student to a looney bin in his home town near his parents. He thought Miss Bush was trying to get in touch with him, about marriage

If only someone could have had Kate Bush call you afterwards, and ask for that student by name...

Poor guy. Love does make people crazy but usually not that crazy.

I think her voice is off-putting.

I think it's great. But even if one doesn't like it, it certainly has remarkable range and variety.

Not much to add here. I think it's one of the best albums of the 80's and probably on my top 20 or 25 list of all time favorites.

I'm posting the link below with some trepidation. If Michael (or somebody) not written about Hounds of Love, I was going to recycle this post of mine from 2006. That was in the early days of the blog, and I was doing a Music of the Week post. For a few months I was playing reviewer of the AMG or Rolling Stone sort and giving each album a letter grade. I stopped doing it for reasons explained at the end of this post. I am really tempted to edit out the grade now, because it's embarrassing, but that seems a bit dishonest.

I actually haven't heard Hounds of Love since I wrote that. I was going to listen to it again before re-posting this review.

I'm finding a number of these old reviews that I'd forgotten about. Here's what I said about Sgt. Pepper ten years ago:

If I were forced to pick Kate Bush's best album I would have to pick Hounds of Love. It's not her most consistent (that would be The Dreaming - which I would rate higher if it weren't so creepy). It doesn't have my favorite songs (that would be Never Forever - Babooshka, Delius, and Blow Away, if anyone cares :)). But it does have what I would say are her best songs (Cloudbusting, Jig of Life, and Hello Earth).

It does have one real clunker - Mother Stands for Comfort. And Watching You Without Me is pretty bland.

One song that is better than a few on the album is the B-side to Running Up That Hill - Under the Ivy (https://www.youtube.com/watch?v=aApspl6na0E)

Mac, I'm not sure why you're embarrassed by the rating - the idea of a grade might be a bit simplistic, but it's pretty common, and I think you're grade is sopt on :).

I'm embarrassed because it seems so presumptuous and sort of petty. Star ratings don't seem so much that way.

I only recently heard The Dreaming for the first time, and was distracted. Definitely interesting.

Hounds of Love is number 37 in a list of "The 150 greatest albums made by women" published by NPR yesterday.

I thought "Should be higher, but 37 is not so bad." Then I saw some of the stuff that places higher. Sheesh.