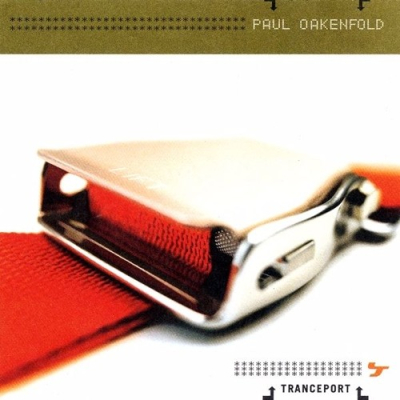 While I like this sort of music a good deal I don’t know much of the technical stuff about it – the lingo escapes me, as do the monikers for the various subgenres. What I do know is that among all the varieties I gravitate towards the material with the recognizable musicality of chord progressions and melodies, or at least semblances of them (not all techno/trance has these qualities).

This particular album came out in 1998 and is considered an early classic of the genre, but I didn’t know that when a friend gave me a copy six or seven years ago. As it turns out it comes in at #23 on Rolling Stones Top 30 all-time list of EDM albums. (EDM stands for “electronic dance music,” now the current term for all music of this general type, including everything from Kraftwerk to Moby to Skrillex.)

You have to listen to this music somewhat differently than other styles, as it doesn’t develop like most Western music. Instead it has more in common with minimalist music, and some threads of its origins can be traced back to musicians experimenting with combinations of minimalism and electronic music.

Not sure how accurate this is but I’ve come to think about it this way: Most music we hear develops from a starting point to an end point: it’s going somewhere, and the various voices, instruments, etc., are arranged in such a way as to get the listener from point A to point B. Trance doesn’t really work that way. The songs are constructed primarily for continuous dancing, and thus are arranged to flow directly from one into another without stopping. Hence, the musical development all happens vertically above the basic axis and not along it, so to speak. Sounds, instruments, and voices are added and subtracted in such a way as to propel the song to the next one, rather than to bring closure. For the casual listener this gives the illusion that the songs are repetitive and “don’t go anywhere,” but if you listen attentively this really isn’t true. It is this for me that makes it listenable and keeps it interesting: how will things be added and subtracted in order to maintain the ongoing motion without the whole thing becoming just an exercise in repetition? This is especially important when most of the songs run six to eight minutes in length, and sometimes longer.

One thing that becomes very noticeable the more one listens is that since the music is generally all in a very strong 4/4 time signature, the changes almost always occur on beats with multiples of four with eights or sixteens being very prominent. Count in your head either two or four measures of four beats and something usually happens, whether very noticeable, like a full stop and restart, or very subtle, like a change in the tone of a keyboard or the addition or subtraction of a percussive sound.

The song “Gamemaster” is a great example of this type of arrangement, in that it is both a very musical piece, and one in which the adds and drops occur regularly and noticeably. The song is at the tempo of eight beats in seven seconds, so it’s slightly faster than 120 bpm, and everything happens in even-numbered multiples of seven. To show how this works here’s a partial list of the adds and drops for the song “Gamemaster” so you can follow along while listening. I’ll say upfront that the spoken voiceover that comes in about half way through is rather silly, but it doesn’t really detract from the song itself. It’s notable that even though the audible beat drops out during this section, the metronome is kept running, and the spoken bit lasts 42 seconds (6 x 7 seconds, or 12 measures).

After the song starts things remain basically static for the first 42 seconds, then:

:56 – another different synth comes in

1:52 – drum beat returns, which leads to first chord change at

2:20 – first appearance of an arpeggiated synth

The remainder of the song roughly follows this same pattern, eventually bringing everything back in and adding a couple new things, including loud piano chords and a high choral female voice, until at the 6:36 mark the “breakdown” begins, gradually stripping away almost everything except the bass drum line, which allows the dj to use this “outro” to blend the song seamlessly into the intro of the next one.

When it’s done well I find this stuff to be very exhilarating, and it’s one of my favorite kinds of music to listen to while driving. I recognize I’m probably in quite the minority hear so your mileage may vary. I often wonder what a guy my age is doing listening to this stuff but I take some comfort in knowing that Paul Oakenfold’s still at it, and that he himself is only a couple years younger than me!

So here’s another one just for the heck of it.

(For more info see the Wikipedia article on “trance music.”)

While not really my cup of tea, it is fun to listen to, and especially with your notes explaining what will happen in the music next. I'm constantly amazed at the music out there that I am completely unaware of. Fun post, Rob!

I found this fascinating. I'm definitely of the "it all sounds the same" school regarding this kind of music, while at the same time recognizing that there must be some skill involved in producing it. The analysis is really interesting.

I like the lady's voice on the first track.

Interesting to read what Allmusic says about it. That whole scene is very strange to me.

"That whole scene is very strange to me."

One of the bartenders at a local watering hole I frequent is a d.j. of this type of music. He knows I like some of it and thus likes to talk about it, but when he gets on a roll I lose him very quickly.

It would be interesting, if one had more or less unlimited time, to take a tour of all the sub, sub-sub, and sub-sub-sub genres. Seriously, a lot of them really do sound the same to me. There is one called hardcore (not to be confused with hardcore punk) which kind of has a death metal sensibility. It's intended to be scary and it is.

Have a taste of this and see if you can imagine dancing to it.

I have a very good CD, Intensify, by a duo called "Way Out West" that is considered "progressive trance." It's not totally unlike the links I included but it's somewhat more complex and not as straightforwardly danceable.

I had that on my "check it out" list at eMusic, on your recommendation from a while back. Never got around to it, and recently eMusic got themselves a nice shiny much-improved web site from which most of the content has disappeared. "Most" from my point of view, anyway. My list of potential purchases was pretty much literally decimated.

There is also an artist who goes by the name Chicane whose albums have a nice mix of faster and slower material. My favorites are Behind the Sun and Giants. Among other things he's done a really good Clannad remix ("Saltwater") and a couple nice Sigur Ros covers.

Although I always sort of chuckle when that bass (?) drum starts, and I realized listening to this that it's because I still associated it with disco.

I'm curious about how this stuff is produced. I even watched a short video about it on YouTube once but I didn't understand it. A guy zipping around clicking and dragging stuff in software.

"A guy zipping around clicking and dragging stuff in software."

I use audacity for audio production. I'm sure it would easy to do sampling or snippets and create something like this. I should try it.

I'm not so sure about "easy." Audacity is pretty bare-bones, or at least it was when I tried it 5 or 6 years ago (not for this kind of stuff, just recording). I think these guys use software that automates a lot of basic operations. Although I don't know if that existed 20 years ago, when Tranceport was produced.

A tutorial, so-called--i.e. presumes knowledge of the software, which seems to be called Nexus 2:

"Although I always sort of chuckle when that bass (?) drum starts, and I realized listening to this that it's because I still associated it with disco."

Very true! I sometimes have that same feeling with certain songs. And some of the more electronic sort of disco (remember Giorgio Moroder?) definitely anticipates it. I can remember losing interest in Kraftwerk in the late 70's when they moved into dance music territory, but I'll bet if I went back and listened to that stuff now I'd probably like some of it.

I have several Kraftwerk albums from that period and hadn't thought of them as dance music, though I guess I can see the connection. Haven't heard them for a while though.