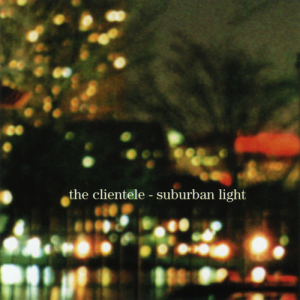 One rainy Saturday evening in 1976 I wandered into the only serious record store in town. By “serious” I mean it was like the record shop in the movie High Fidelity—the owner, Paul somebody, and most of the people who worked there were passionate music lovers, zealously evangelistic for the music they loved and mercilessly contemptuous of anything they thought at all meretricious. Having more than a little of the obnoxious music geek in me, I often got into lengthy discussions and arguments there. The store was dim and dusty and crammed with record bins of unfinished wood, not much better built than packing crates, and generally had a slovenly look about it, which was quite misleading, as the stock was meticulously organized. And if you still had trouble finding what you were looking for, most of the staff knew exactly where to find it, or could explain when it was expected or, possibly, why they would not soil themselves by stocking it.

I wonder if there are still such stores. In big cities, I suppose so, but this was a small college town, and the store is long gone. I moved away, so I don’t know for sure when it folded, but I don’t think it survived the transition to the cd era; somehow the cd was never quite as romantic as the lp.

The reason I had nothing to do on this Saturday evening was that I had recently been on the losing end of a breakup. Maybe I was looking for company at the record store. And, thinking back on it, I expect I had unconsciously decided to buy myself a present, an album I’d never heard before that would give me something besides her to think about for a while. The bright friendly windows gleaming through the heavy rain, full of new releases and rarities, were as inviting to me as a bar might have been to someone more convivial. I went inside, shaking off the rain, and found the store empty except for Paul—it was Saturday night. After a few pleasantries he left me alone to browse. I made a mental note not to stay past his nominal closing time, even though I knew he wouldn’t chase me out. An aging unmarried hipster with wire-rimmed glasses, hair vanishing in front and pony-tailed in back, pudgy, he didn’t have anything better to do, either.

I couldn’t find anything I really wanted. In a what-the-hell sort of mood I started browsing the expensive imports and collector’s items, something I rarely bothered to do, as I couldn’t afford them. In the second category I found a used copy of an album called Suburban Light. I’d never heard of it or of the group, but something about the title phrase appealed to my mood, as did the cover art.

“The Clientele? Oh yeah, that’s great. A totally unknown classic. It came out at the end of 1966 and flopped, then the critics rediscovered it a few years ago, but it’s hard to find. Sort of early psychedelic English kind of thing. It doesn’t sound like the Kinks but since you like Something Else so much you’d probably like it. Bring it here.” Another nice thing about the store was that Paul remembered your tastes: Something Else was one of my top five post-British-invasion/pre-Sgt. Pepper English albums.

I took it over to the counter. He slipped the disc out of its jacket—although it was used, it seemed to be in very good shape—and dropped the needle, expertly, on “Reflections After Jane.”

It was beautiful and under my circumstances almost preternaturally appropriate, so that was enough. I bought the album, even though it was outrageously expensive at something close to twenty dollars. I was so bowled over by the song that I probably would have paid that much for a 45. I thanked Paul, hurried back to my apartment in the rain, and spent the rest of the evening listening to the album several times in a nostalgic haze. It turned out that “Jane” was probably the best thing on it, but at least half of the songs were in its class, and if it didn’t quite deserve the “classic” designation it was certainly a very happy discovery.

Except for the description of the music, and the fact that I was living in a small college town in 1976, the preceding is pure fiction. But it’s very believable fiction: that’s what the music sounds like, and that would have been an appropriate time, place, and manner in which to discover it. Suburban Light actually came out in 2000. Its best moments capture a mid-‘60s feeling in a way that anyone who has either actual or vicarious nostalgia for the time won’t be able to resist. It’s definitely one of my top ten mid-‘60s-English-pop-revival/nostalgia albums. And I hear it’s not even their best.

(This was originally written and posted in July 2007. I've heard a couple of other Clientele albums since, and they're good, but haven't grabbed me the way this one does.)

Enjoyable post, Mac. I'll have to get back later and actually listen to the three songs.

I love this record!

Since you like this, Mac, you might want to check out the Chicago band Chamber Strings. They're similar in some ways, but they have a little bit of a 60's soul influence as well. I think they only did two albums but they got a fair amount of attention in the indie scene in the late 90's/early 2000's.

I'll give them a listen.

I'm always a little embarrassed to admit this, but I never cared much for soul at the time, and not a whole lot now, although I appreciate it more than I did back then. The Alabama Shakes are from the town where I went to high school (Athens, Alabama), and they're very good, and I'm happy for their success and really want to like them, but...it's just not a sound I'm much drawn to.

The soul influence in Chamber Strings is not super-prominent, just sort-of "there," like it is in a lot of Van's stuff.

Though it doesn't have the wistful-nostalgic quality which is what gets me about The Clientele.

"I'm always a little embarrassed to admit this, but I never cared much for soul at the time, and not a whole lot now, although I appreciate it more than I did back then."

I've never liked it much either, but I'll make one very large exception for a classic that I've only recently heard for the first time: Side 1 of Isaac Hayes's Hot Buttered Soul (1969) is fantastic!

Thanks for digging up 49.

Somehow I acquired an mp3 of "Walk on By" from the first side of Hot Buttered Soul, and I see I've flagged it as a 4-star single. I guess maybe I've heard the whole album but I'm not sure. It's pretty different from typical soul music.

By the way, side 2 goes wrong in that track #1 is a song about adultery in which the narrator blames the women involved, and song #2 features a verrrrrrrry long spoken word introduction over background music. By the time the song itself kicks in ("By the Time I Get to Phoenix") the arrangement isn't substantive enough to warrant the lengthy sermonizing. (Each side of the record has only two tracks -- two of them run over 12 minutes.)