Light On Dark Water
Home Archives About
Mutual Anathemas Were Exchanged
When You See Ralph Vaughn Williams's Name On a Hymn...

For Me, This Is Dr. John

I think I bought the Babylon album on the basis of a review when it was released in 1969. He was known as Dr. John the Night Tripper at the time and was a somewhat mysterious figure. This was his second album, and now that I think about it I may have bought this one because I couldn't find his first, Gris-gris. I didn't know what to make of it and I never listened to it all that much, but it has stuck with me. And it's this sound and vibe that I most associate with his name, not the later more straightforward R&B stuff. I think "Babylon" is meant to represent Los Angeles. It worked then and it works now.

And now I want to hear that first album. 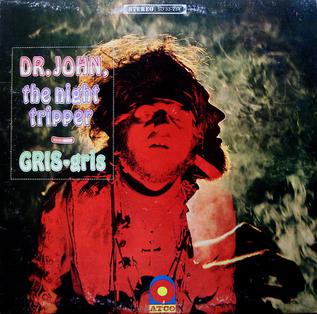 Leon Redbone had died just a few days before, and when I heard that Dr. John had died I kind of ran the two things together. Strange coincidence that two somewhat oddball jazz/blues guys passed so close together.

I had the same reaction, Rob. You couldn't find two characters so oddly similar. Both whose music I can enjoy in small doses.

I hadn't thought about it, but yeah, it is kind of odd. I never heard Redbone more than a few times. What I remember is that when he first appeared some people were seriously wondering whether he was actually Dylan. I remember reading that in Rolling Stone. Or maybe they weren't actually serious.