Light On Dark Water
Home Archives
Unfortunately, I'm Right
What went ye out into the wilderness for to see?

...you might like the two books reviewed here: Going to the Wars and A Dinner of Herbs by John Verney.

Verney was born in 1913 and, like many young men of his generation, was sufficiently concerned by the threat of Nazi Germany to the peace of Europe and the security of Great Britain that, in 1937, he joined the Territorial Army, or yeomanry, whose members trained as soldiers during summer holidays and on weekends. Verney found the men with whom he was thrown into association rather unfathomable: “My brother officers. Are they human?,” he asks.

I was reading along in this review and thinking "Sounds like a non-fiction Sword of Honor." Then I came to this:

The first volume of this duo appeared in the same year as the second book in Evelyn Waugh’s Sword of Honour trilogy; one wonders whether Verney had read Waugh’s Men at Arms, the first novel in the trilogy, published in 1952, because the tone of voice is uncannily similar. That could be not least because Waugh, though a decade older than Verney, came from a similar background and endured a similarly frustrating war spent partly on special operations.

A Dinner of Herbs came out in 1966, and I very vaguely recall hearing of it back then, which probably means that it was reviewed in Time or some other mass magazine. I note that new hardcover copies of the original edition are selling for over $280, and used ones over $60. 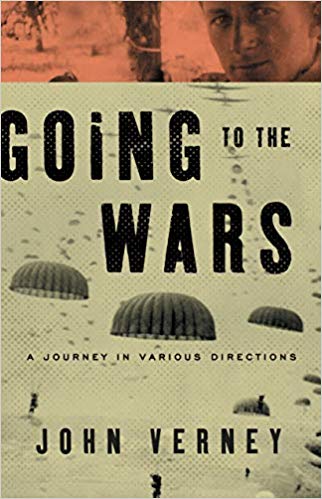 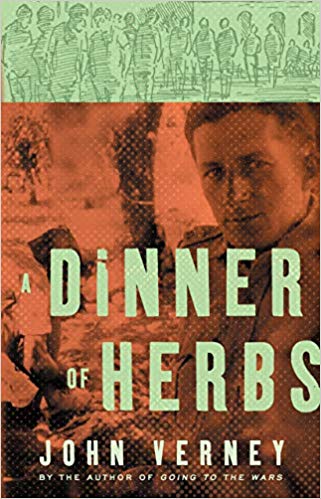 Saw those a week or so ago and added them to my list. And came across this the other day, which sounds interesting as well:

It does indeed--at least as far as I can read: registration required.

Hmmm....that's weird. I was able to read the whole thing w/o registering or signing in.

I use the Brave browser which blocks ads by default. Apparently sites can detect that and some of them retaliate by not letting you see things. Could be that.

I would look into those if I could find a way to get them without spending money.

I guess inter-library loan would be able to get them at some point, maybe not yet.

So, these are new editions? In that case, they might show up in our system at some point.

Right, the jackets shown in the post are from newly-issued editions that sell for normal prices. It's the original editions that are relatively rare and pricey.