That phrase appeared 35 or so years ago in an article in The Hillsdale Review, a little magazine published by former (I think) students of Hillsdale College. I wrote some for it and still have several copies (I think). I should dig them out and see if I can find the name of the person who used the phrase, because he deserves to be credited. It sums up perfectly the ideal citizen of the new order that was already clearly emerging in the 1980s. I thought of it when I read a recent piece by Sohrab Ahmari in The Catholic Herald, "We shouldn’t be surprised the corporations have taken over Pride":

The most jarring fact about New York’s Pride March this year was how perfectly it blended into the surrounding ambience and structures of a hyper-commercialised American megalopolis. There were plenty of freaky sights, to be sure. But from my vantage point – I parked myself at the swanky bar of the Roger Hotel at the corner of Madison and 31st to observe the festivities – the march appeared remarkably… domesticated.

This is a painful reality to the most woke among the LGBTQ activists, who detest corporate-friendly “rainbow capitalism”. But I’m afraid the more corporate-friendly side of the movement has the better part of this argument. Pride’s demands for radical sexual autonomy are perfectly attuned to the cultural aims of large corporations and the liberal-technocratic order.

Perfectly. The whole thing is worth reading.

This is not the first reference I've seen to a split within the sexual liberation movement between, so to speak, "traditionalists" whose radicalism includes genuine old-school economic leftism and those who are enthusiastic about the merger of the movement with big corporations and especially with their own personal very comfortable place within that world. Something like that split existed in the revolution of the '60s. Back-to-the-land romanticism and other ideals that might require actual work and sacrifice always co-existed, even within the same person, with hedonism that was in principle 100% compatible with capitalism, affluence, and consumerism (and, as many conservatives have argued for a long time, at least implicitly already present within them).

There is a third role which is not included in the "personnel and consumer" framework: client of the government, as taxpayer and recipient of "benefits." You may have a biological sex, an ethnicity, a religion, a nationality, you may be a parent and you are certainly a child. But those are all in the realm of the merely personal, more or less subjective and irrelevant to the identity that matters most: your place in those three categories. I don't know of any better delineation of the ideal than the famous "Julia" commercial produced by the Obama campaign in 2012. It may still be out there on the web somewhere but a quick search did not discover it. That may actually be a slightly good sign, if the reason it's hard to find is that so many people thought it risible or worse. 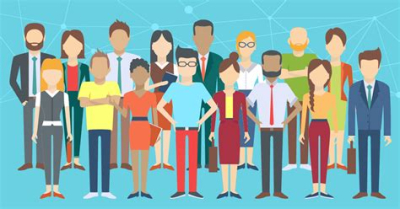