Sow the Wind, Reap the Whirlwind

I've said it many times. Now with incidents like the one that just happened in Kenosha, Wisconsin, we are sliding closer to factions battling in the streets.  Neo-neocon's post has a good overview of what is currently known, with links to more information and analysis.

Addendum: And now a "fascist" has been shot in Portland.

Posted at 06:23 PM in Current Affairs, Politics, What Is Actually Happening | Permalink | Comments (0)

Christopher Lasch: The Revolt of the Elites 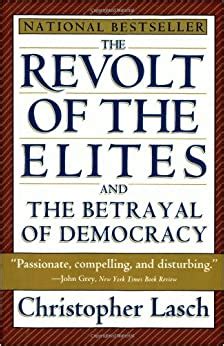 Having finally read this well-known and so-often-recommended book, I'm sorry to say that I was a little disappointed in it. It's not that there is anything wrong with its actual contents--it's a good book, and I recommend it--but that the contents aren't quite what I was expecting. I assumed that the topic named in the title would be the entire subject of the book. But "The Revolt of the Elites" is really the title essay in a collection whose subjects range somewhat afield from that of the one. They are certainly related, describing other components of the general "betrayal of democracy" which is the book's subtitle, but they don't deal specifically with the revolt.

Continue reading "Christopher Lasch: The Revolt of the Elites" »

Posted at 09:12 AM in Books, Current Affairs, Politics, State of the Culture, What Is Actually Happening | Permalink | Comments (42)

I have a feeling that nobody who read my post about this series last November watched it. But in case you did, or in case you still might, but haven't yet seen season 3: well, it is my sad duty to tell you that it's...frustrating. At best.

I'm not saying "sad" as a formality. I really am saddened, because there was so much I liked about this series: the atmosphere, the acting, the characters, the music. When I wrote that first post, I had only watched season 1. Season 2 was good, but something happened in the last scene of the last episode of season 2 that I thought was a mistake. It threatened to tip the scale from "overly complicated" to "incomprehensible." I'd like to explain that, but it would involve a very big spoiler, so I'll restrain myself.

...people would stop saying "science" when they mean "research," presumably scientific research. As in "The science shows that..."

(One of) The Deepest Root(s) of Our Political Disaster

I didn't at first include the stuff in parentheses. I added it because of course there is no single explanation for what's gone wrong, and it is going very, very wrong. But this is one important factor.

I'm sure I've remarked on it before, though it would be difficult for me to search out any single post in which I said it: that there is serious reason now to doubt whether a majority of Americans actually want the form of government laid out in our constitution. So I was glad--no, not glad exactly, but interested, and somewhat pleased to see that Trump's recent executive orders caused some to ask the disturbing question:

Do Americans Even Care If There's A Constitution?

The first paragraph in that piece contains a link to a more extensive discussion of Trump's orders in particular, and the fact that they are essentially the same sort of thing that Obama did. And that Trump's orders are fine with Trump supporters, and Obama's orders are fine with Obama supporters. It becomes more clear all the time that a great many people, both partisans who just want their side to win by any means necessary, and simpler folk who think the president should rule as a sort of philosopher-king, have no real interest in the whole idea of rule by impersonal law, of a government of laws and not of men, of checks and balances intended to distribute and restrain power.

Benjamin Franklin's famous remark that the Constitutional Convention gave Americans "a republic, if they can keep it" is frequently cited by partisans as a warning against whatever evil they think their enemies are up to. But at this point it's applicable to the people at large. It's questionable whether they even want a republic.

Posted at 06:54 PM in Current Affairs, Politics, What Is Actually Happening | Permalink | Comments (14) 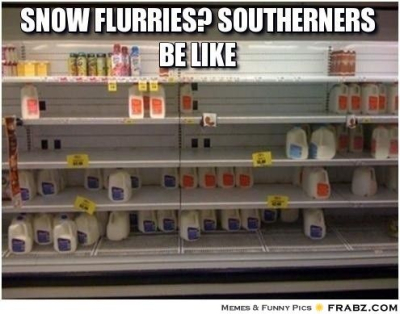 The Closing of the American Mind, Visited

"Visited" as opposed to "revisited," which is what most people who are interested in this book are doing now if they are discussing it. It was published over thirty years ago, in 1987, and attracted a great deal of attention then. I was aware of it, and had a rough idea of what it was about, but didn't read it. Over the past several years there has been some revisiting of it, with people saying that Bloom accurately diagnosed a number of bad tendencies which have only gotten worse since the book was published.

So, better late than never, I've read it. A thorough consideration of it is beyond the scope of what I can do in a blog post, but here's my broad view. 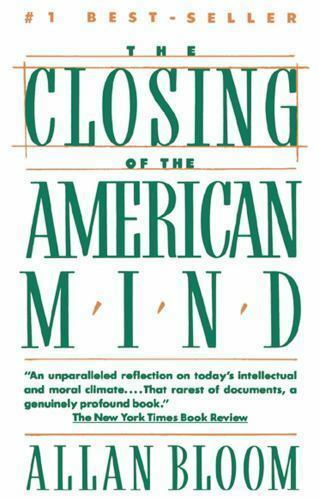 It is a very good book, maybe in some ways a great one and a classic in a limited sort of way: at any rate a polemic that transcends polemic and has outlasted its occasion. Though it does begin and end with a discussion of higher education, it also takes in the last three centuries or so of Western intellectual history, and returns frequently to the Greeks, especially Plato. A good deal of what he says there is beyond my reach, dealing with figures of whom I've read little or nothing, and in some cases am only vaguely aware of. Nietzsche: I've read one book. Locke and Rousseau: I have a rough idea of what they're about. Max Weber: German? Something or other about capitalism?

Nevertheless, I recognize the malaise:

To repeat, the crisis of liberal education is a reflection of a crisis at the peaks of learning, an incoherence and incompatibility among the first principles with which we interpret the world, an intellectual crisis of the greatest magnitude, which constitutes the crisis of our civilization. But perhaps it would be true to say that the crisis consists not so much in this incoherence but in our incapacity to discuss or even recognize it. Liberal education flourished when it prepared the way for the discussion of a unified view of nature and man's place in it, which the best minds debated on the highest level

A very good book, at least, and yet also a tragic one, and Bloom a tragic figure (in his public role, not necessarily his private life). Bloom might be thought of as the last public intellectual. Well, not the last, but one of the last. A celebrity, someone said, is a person who is famous for being well-known. Similarly, a public intellectual might be a person who is famous for  being an intellectual. That is, there is no requirement or even expectation of such a person that this exercise will result in any settled conclusion or permanent wisdom; the exercise, the wrestling with important ideas, is the essential thing. I'm thinking of real intellectuals, not the pseudo-intellectuals, entertainers, and political fanatics who tend to be given the title now but don't really deserve it.

Bloom is the kind of person who was once more common in our universities than now: a man pursuing, in absolute earnest, knowledge and truth, and following wherever they tend to lead him. Perhaps there were never really very many such people, but they were the ideal, at least. (And I know that at least one existed, because he was my teacher.) The contemporary university is now frequently inhospitable to them (which is probably to understate the case). The old ideal is more or less gone, and in its place is service to a quasi-religious political program.

Bloom also represents what appears now to be the last gasp of the Enlightenment. His understanding of man and of the life of the mind in the modern world is explicitly rooted there. He sees history in the way of the Enlightenment and its apologists: there were the Greek and Roman classics, followed by roughly 1500 years of darkness, and then the dawn. He isn't naive enough to use the term "Dark Ages," but he treats the Christian centuries as such. And he is wise enough to note, in passing, that religion is a natural human phenomenon of which the loss is not necessarily a good thing. But nowhere in the book does he take religious ideas--that is, theology, and religious philosophy--seriously. In fact they are barely mentioned at all. He seems to take as an axiom that actual religious belief is intellectually untenable.

And so there is an enormous hole at the center of his understanding of the crisis. The passage quoted above would in its sense if not its style be more or less at home in Newman's view of liberal education. But for Bloom the unified vision for which he longs is impossible to achieve. There can only be a perpetual search and struggle, as he more or less acknowledges at several points. The search may be heroic, but the very best that can be hoped for is that now and then a gifted individual may arrive at a vision. I'm doubtful that anyone of much insight even believes any more that philosophy and the Great Books alonecan save our civilization. I wonder what Bloom would think if he were still alive (he died only five years after the book was published).

For some odd reason, almost the only specific thing I recall reading about the book when it was published is a comment from a liberal dismissing it as conservative crankiness (yes, the lines were already drawn back then). It went something like this: "Bloom is stupid because he thinks that the Great Books and other elements of western culture are the solution. The Nazis were cultured, and look where that got us."

The comment was itself cranky and reactionary. But it's at least half true.

Bloom, by the way, denied that he was a conservative. And he was one only in the sense that he wished to conserve what he saw as the core of Western and specifically American civilization.