So I can't say I was disappointed by the treatment of those two stories. They were no worse than I expected. Well, not much, anyway: Charles is treated as more or less a monster crushing the gentle dove Diana, with a fair degree of assistance from the rest of the royal family, and I wonder how much justification there was for that. I certainly hope it was not as bad as portrayed. 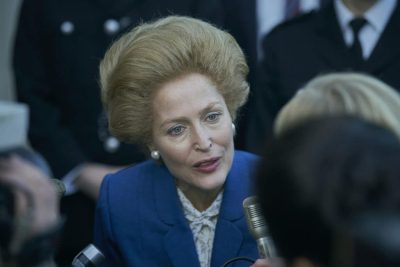 I read this post quite a while ago. Everyone was talking about "The Crown" and I hadn't seen it. Boycotting Netflix. Until I had a chance with a free account. (Hypocritical of me.) I have one particular friend I share a love of history with who made the recommendation many times. I should add she also recommended Wolf Hall that made an idiot out of Thomas More, but she didn't see it that way. Urged me. I was tempted to send her your post. At any rate I finally took a look. The first, maybe second episode. I realised I don't like re-enactments, historical fiction, 'based on a true story'...particularly anything made in the current political/cultural environment is overlaid with biases so obvious to me it spoils everything. This was the case with what I saw of "The Crown". Based on only an episode or 2, maybe not a fair shot, but they portrayed Prince Phillip as a spoiled, uncaring frat boy. The very poster boy for Privilege. His Navy adventures were relished especially those away from the eyes of the press, and the frat boy image comes to mind again- like frat house parties. They even managed to cast a sense of debauchery over the Navy that undermined any virtue or valor usually afforded to uniformed military service.
He was philandering, even after marrying Elizabeth, and a scandal was making its it way to his office. Elizabeth they made into a gooey eyed innocent. I got the feeling he didn't care much more than a wit for her with his flippant performance in the wedding scenes. It made Elizabeth look almost pathetic and set for a heartbreak. I couldn't take anymore. Furthermore, this was just after Prince Phillip passed away, and he is by now an almost heroic and faithful character in his marriage to QE.
I saw some documentaries with real footage of the royals. More my cup of tea.
Sorry to forego the artistry of the series. Like the artistry of Wolf Hall! Hard to resist.

I remember the Thatcher movie from about 10 years showing her with deteriorating mental faculties. As a fool almost. Meryl Streep must have relished playing her that way. what a hit piece.

I've stayed away from Wolf Hall, book and tv. An enthusiastic and snide review of the book by Christopher Hitchens was enough to keep me from giving it a try.