Light On Dark Water
Home Archives About
An Odd Little Incident in the Culture War
Is "Hotel California" the best rock recording of the 1970s?

I didn't know until I looked for information about this group that there is a genre--okay, subgenre--of music called "dark jazz." And I bet you didn't know how many subgenres of jazz there are: see this Wikipedia page for a list and brief descriptions. I often suspect that some of the many, many subgenres of popular music exist mainly in the minds of critics, or of a very small coterie of fans and musicians.

Be that as it may, "dark jazz" is a pretty good description of much of Angelo Badalamenti's music for Twin Peaks--not the nostalgic Julee Cruise love songs, but the instrumental background music of the Black Lodge and other dark scenes--and also, as the name suggests, of the music of the Dale Cooper Quartet. The music for Audrey's dance, for instance (a brief snippet):

I could quibble--I am quibbling--about whether the word "jazz" is accurate, because this isn't really jazz in any usual sense. In both these instances there's no improvisation, no sense of spontaneity at all. It is the opposite of lively (though "deadly" is not the way to express the opposition; such is our language). The "jazz" part of the term refers to the predominant instruments: reeds, drums, string bass. But these are really, so to speak, flavorings, meant to evoke an atmosphere similar to that of a noir film: dim, smoky, mysterious, maybe sinister, somewhat antique. It's very cinematic music, a stylized nod toward the subdued and melancholy sort of jazz that would be appropriate for a scene where the private eye meets the femme fatale in a bar and begins to fall in love with her.

Like any Twin Peaks fan, I love the music, so when a group named for Agent Cooper appeared some years ago at emusic.com I immediately gave it a listen. The music pretty well lived up to the promise of the name, so I bought this album, and another one, the enticingly titled Quatorze Pieces de Menace (the band is French). But, as has often happened, they were caught up in the flood of inexpensive MP3 music I was purchasing at the time, and I didn't really give them the attention they deserved. My recent re-viewing of Twin Peaks reminded me of them. 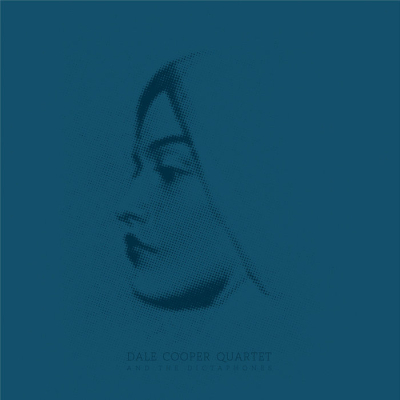 I listened to Metamanoir (Meta Manor?) first, for the simple and easy reason that it appears first in the alphabetically-ordered list my music player shows me. It's excellent. It isn't an imitation of Badalamenti's music, but it's very much of a similar ambience. Besides the jazz-ish instrumentation, there are guitar and electronic sounds, along with natural sounds and mysterious industrial-mechanical creaks, rhythms, and drones (also pretty Lynchian, or Badalamentian). There are vocals, but they're pretty minimal, and the lyrics, where they're understandable, evoke melancholy and uneasiness.

The song titles are all in French, and have a Rimbaud-like, or at any rate very French, almost surreal quality, juxtaposing words in unusual and not necessarily intelligible ways: "Sa Prodigieux Hermitage, or "His Prodigious Hermitage." "Eux Exquis Acrostole" is the second track, and Google Translate turns this into "Them Exquisite Acropole." "Acropole" seems to be "Acropolis,"  but "Them" surely can't be correct. Oh well, whatever. The preceding track, "Une Petit Cellier" ("A Little Cellar," I think) consists of slow heavy breathing, a rhythm-less saxophone, and an organ drone. Then at the end there's a female voice recorded in telephone fidelity, at first unintelligible (to me), then becoming words, first spoken and then sung, words which will be prominent in "Acrostole":

Note: the video has some scenes some might find disturbing, such as a man apparently receiving electro-shock treatment. (Is that Jack Nicholson in One Flew Over the Cuckoo's Nest?). You might want to sit somewhere else and listen.

My MP3 copy does not include "and the Dictaphones" in the band's name. I'm not sure whether that's part of the official name of the band or the name of other participants in the album. In any case, if you like this, by all means seek out the album. It's available on Bandcamp.

My re-viewing of Twin Peaks on Netflix, by the way, as I feared, did not come anywhere near completion of the whole original series. As I mentioned a few weeks ago, it was removed from Netflix at the end of June, and I was only able to get as far as episode 5 of season 2. As fans will immediately note, that's still several episodes before the revealing of Laura Palmer's murderer, after which, by near-universal opinion, the quality falls off. Feeling compelled to see it at least up until that point, I resentfully paid Amazon $20 for access to the whole of season 2. I expect to watch episode 8 tomorrow, and the climactic episode 9 soon after.

I'm not quite as enchanted by the series this time around. But that still leaves me pretty enchanted.

No, like metanoia-turning around. Turning to black, or the dark.

Perhaps. That makes sense, which is something. :-) At first glance I also tried to make it something to do with "noir." But if you split it that way, it's "metama" + "noir". Not obvious what "metama" means, or that it relates to "metanoia." It doesn't seem to be a French word. On the other hand, "manoir" is definitely a French word, "manor." "Meta-manor" kind of vaguely fits with the other song titles, most of which have to do with a place or building, e.g "Le Terrible Palais." I don't know....

I've done a couple shows with a local jazz sax player who's into this kind of stuff, except a more free-form version of it. He calls it "horror jazz." I'd never listen to it by choice, but it's kind of fun to play.

I'll have to see if he's heard of these guys.

I see "horror jazz" has not made it into that Wikipedia list, but maybe it will. I'll be a bit surprised if your sax player hasn't heard of the DC Quartet. There's also an outfit called the Kilimanjaro Dark Jazz Ensemble that I'm curious about but haven't heard.

We did a show last Halloween that featured dark jazz versions of horror movie soundtracks. Mostly John Carpenter's stuff, but a few others, including two Badalamenti tunes.

I wouldn't recognize those, apart from Badalamenti of course.

I'm not a fan of Carpenter's movies, so I didn't know the music at all. In its original form it's more synth-based than jazzy, but the sax guy put a free jazz spin on it.

I just realized the title of this is Dale Cooper Quartet - how funny!