One of the milder vexations of getting old is that I find my hands and feet, especially my feet, feeling cold at times when they would not have in the past. It seems disconcertingly old-man-like. It's especially noticeable when I spend several hours sitting at the computer, which I do almost every day. In summer I turn up the thermostat as soon as my wife, who is still going off to work every day, leaves the house, and let the temperature get into the upper 70s. In winter I sometimes bring a little electric space heater into my office, just like those women in offices whom I've teased for many years. All this annoys me, and I'm a little embarrassed to admit it. The only good thing about it is that getting those feet and fingers warm when they're chilled feels pretty good.

This morning, for instance, it was a little cool--the outside temperature was 50-ish, not exactly cold, but there was a strong and chilly north wind. I went out to walk the dog wearing a light jacket over a t-shirt, and when we got out onto the beach where there's nothing to get in the way of the wind I was quickly cold enough to be uncomfortable, especially as I spent a few minutes dragging some newly-washed-up pieces of Hurricane Nate debris away from the water's edge, thus getting my hands wet and well-chilled.

Back at the house it was time to have a shower, and that warm water felt really good on my hands, and started me reflecting on what a luxury the hot shower is. I remember a conversation with my father some years ago when I was talking about people voluntarily giving up the conveniences of modern life in order to be more self-sufficient or environmentally conscious, or something--I don't remember exactly what the context was, but he remarked that "Not many people are not going to want to give up their hot shower."

Well, that's certainly true. I certainly don't. And this morning was one of those moments when I realize just how soft life is for most of us in the industrialized world compared to what it has been for most people in most times and places throughout human history. We take it for granted most of the time, and we tend to assume that what has now been invented and produced and widely distributed will remain available. Not all of us by any means: the post-apocalyptic return to pre-industrial conditions is a staple of fiction and film, and often the subject of very serious and dire warnings from environmentalists. We may deplore this or that aspect of technological civilization--I deplore a number of them, for instance the dominance of the automobile. But almost nobody wants to give it all up. And most of us most of the time don't anticipate that we--humanity at large if not ourselves--will lose it, that what we now regard as basic necessities will disappear.

That's partly because we don't really appreciate the expenditure of time, effort, intelligence, and labor that produced our material way of life, and, more importantly, sustains it. All over the world millions of people are doing millions of things that keep this whole machine operating. Now and then I run across some small business that makes a living by supplying some little thing or service--some type of fastener, maybe--that's a component of some bigger thing and that in the normal course of events no one apart from the people who provide it and the people who make the bigger thing ever give a second's thought to. And yet the bigger thing, and the bigger thing or things which depend on it, may be something which the rest of us expect to be there whenever we need it, and would be sorely missed if it didn't exist, which it wouldn't do without that little thing and many other little things.

A complex web of law and custom is an equally essential part of this apparatus. And so my train of thought about material progress soon switched toward the question of moral and spiritual progress, and to that "arc of history" which is "long, but bends toward justice" and is sometimes invoked as a guarantor that in the long run progress, as conceived by the person invoking the principle, will prevail. Maybe it will. Christians believe that it will, though the trajectory runs right out of the far end of history into another realm. But Christians have a pretty clear and definite explanation for this movement, and for its source. What's striking about many of those who seem to take it as an article of faith is that they don't seem to ask the obvious questions it raises. It's a faith, but a very vague one: toward what is it directed? What is it faith in? The Force? What? Those of us who have a more traditional faith and, after two thousand years, a very well-thought-out one, but which is frequently treated as irrational, are entitled to question this one; to interrogate it, as the post-modernists like to say.

To say that history has a moral arc implies that it is being directed by something or someone. Who or what is this? The direction must be conscious--surely no one can seriously maintain that matter and energy alone are imbued with moral convictions and the power to impose them. There is certainly no evidence anywhere outside of human affairs that life is cognizant of justice or aspires to it, much less that the concept of justice even has any meaning to the cosmos at large.

The whole idea seems to point necessarily to a moral intelligence that guides, if not the entire cosmos, then at least human history. But my impression is that most of those who cite this inevitable direction of history don't inquire about its source. If you press them on how they know what justice is and why it's a good thing, they scoff and say that it's obviously good, and they don't need anyone to tell them that. And they don't see that the very fact that they hold that belief is in itself a very interesting phenomenon and one that does not, in fact, explain itself, at least not very satisfactorily. What is conscience? Why do we have one and where does it come from, and where does it get its principles? The answers are not obvious. If you don't want to dig for them, that's fine; not everyone is obliged to. But if you shrug off the questions you shouldn't strike a pose of intellectual superiority, and act as if you have the answers.

At any rate, I don't see that the moral structure of our civilization is any more necessary and inevitable and permanent than its material structure, and any less dependent on a complex web of small but significant things, in this case principles, and prejudices in favor of those principles. Contemporary developments pretty well confirm that, in fact. Christian writers have been saying for more than a hundred years that modern civilization is far more indebted to Christian and Judeo-Christian morality than it knows. Those who like the "arc of history" figure also tend to think that the progress it describes will include the abandonment of primitive delusions such as Christianity. It may, at least for some time, but if it does the arc may bend in a direction rather different from the one expected by contemporary progressives. Concern for the weak and vulnerable is hardly an historical constant.

The idea, by the way, seems to have originated with a New England Transcendentalist, Theodore Parker. That's fitting. Matthew Rose, writing at First Things, has an extensive and interesting piece on all this, "Our Secular Theodicy." Also by the way, on the question of moral progress, I lean toward C.S. Lewis's idea that good and evil progress simultaneously.

Well, once again I've gone on about one thing rather longer than I had intended, and now I don't have time to say much about the other thing I had meant to write about: Stranger Things 2. I'll just say that I have watched it, and I liked it. Neither my wife nor I could remember very much about the first series, so we watched it again before the new one. I liked it better this time, and as of now I'd say I like the first one a little better, but they're both good. The second one is more spectacular, has more and more disturbing monsters, and more gore. It's closer to being a horror film than the first, I think. What makes them both so engaging is the principal characters, most of all "the kids," the middle-school group who are the main characters, and some of the adult characters, especially Winona Ryder's portrayal of the slightly nutty but passionately devoted mother, and David Harbour as the sheriff. And in spite of all the terror and violence, there is an underlying sweetness about both series, with love playing a major role. That makes them very different from some other popular series, such as Breaking Bad, or the dark detective shows like The Killing. 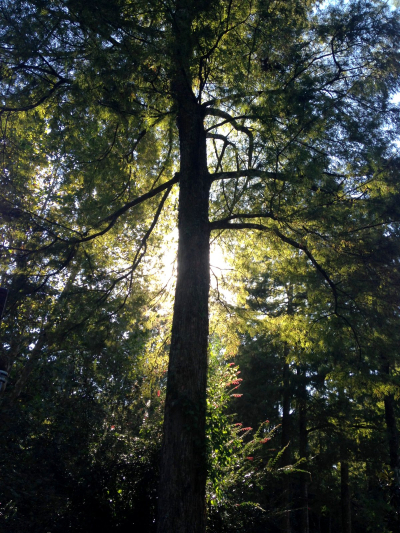 Posted at 09:10 AM in Philosophy, Religion, State of the Culture, Technology, Television | Permalink | Comments (19)

Two Posts Worth Reading (not mine)

Possibly most people who read this blog also read these other two, but just in case:

I have to face the fact that though I'm pretty interested in theology and philosophy, I'm never going to become very knowledgeable about them. It has a lot to do with being 67 years old. Supposing I live another ten years or more, I could possibly read a lot on these topics, but only at the cost of giving up some of my other interests, and I have to choose. So overviews like these are of great interest to me. I have some notion, for instance, of what Aquinas is all about, but Bonaventure was not much more than a name to me.

Oh, and while I'm at it: here's an interesting news story about a couple of cosmologists who seem to think that life is based on information...or something...I don't think I understand just what they're saying, but the story is interesting for what it reveals about the way cosmology seems (inevitably?) to walk up to and sometimes cross the boundary between physical science and philosophy-theology. I was amused by this:

Self-awareness, he said, is not an obvious product of the electrical activity inside your head.

Indeed. In fact I'd say the idea that it is so is a sheer act of materialistic faith. And:

For many in the physics and astrophysics games, however, even the simplest suggestion that hard science can't ultimately account for the entire universe and everything in it – alive or not – sets off warning bells.

I'd say that fact is itself a sort of warning bell--a warning that there's more going on there than disinterested inquiry.