On Not Watching the Olympics

There was a time when I enjoyed watching the Winter Olympics. I found them more interesting than the summer games, and I think the reason for that was that they were more exotic. Having lived all my life in the deep south, I had never engaged in any of those sports and never would (except once--see below). Snow has always been a very rare thing for me, and mostly enjoyable, which I understand is not necessarily the case for those who deal with it all winter. Sliding down a snowy hill on a pair of skis looked like a lot more fun than plain old running and jumping. And it was certainly more interesting to watch.

My one experience of skiing, on a work-related trip to Utah with an avid and capable skier who talked me into giving it a try, showed me that, like pretty much everything that isn't bad for you, skiing was not nearly as easy as it looked.  My co-worker got me into a pair of skis and to the top of a short slope which I later learned was not for beginners but rather for those who had already learned the basics. With a casual "All you need to do is..." he zipped off down the hill and I didn't see him again until it was time for us to go. By then I had begun to get the knack of staying upright, but I couldn't figure out how to turn or slow down, so when I was heading for a tree or felt like I was getting too fast, I just fell over.

Getting upright again took some time, so since I did this every fifty feet or so I only traversed the slope three or four times while we were there. But by the time we left I was at a point where I could say "I can see how this might be fun."

That was something close to forty years ago, and it did not destroy the mild fascination that winter sports held for me. But the fascination has been dying for a while, and has now been completely extinguished. The bizarrely grandiose hype and spectacle, the breathless reporting, the manipulative shaping of some chosen competitors' backgrounds into grand heroic-sentimental narratives, the corruption that apparently goes on behind the scenes--all of that had been turning me off for a while.

The fact that China is hosting this one while engaging in terrible crimes and belligerently denouncing--or worse, if it can get hold of them--anyone who points it out only turned indifference into outright hostility. Saturday night I was in a restaurant that was showing the opening ceremony and I found myself thinking of The Triumph of the Will and other self-glorifying events staged by oppressive regimes.

This is very unfair to the athletes, I know. But blame the Chinese government and the American TV industry.

Wisdom From the Spam Filter

"You should drive to where there more Bar".

I don't know how to tag this. Philosophy? Religion? What Is Actually Happening? Travel? Oh wait, there's a Food and Drink tag, which I have very rarely used.

Posted at 04:49 PM in Food and Drink, Livin' in the USA, Philosophy, Religion, Science, Sports, State of the Culture, Travel, What Is Actually Happening | Permalink | Comments (2)

So the Chicago Cubs won their first World Series since 1908 last night, breaking a supposed curse. Good for them.

It has just come to my attention that 1908 was also the year of the Tunguska impact event. Hmm. I wonder if Trump may win after all. 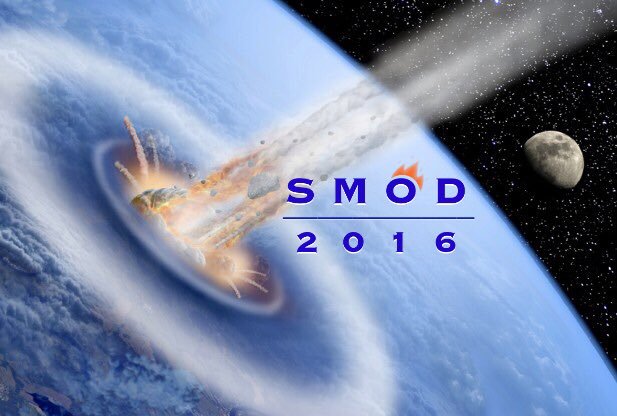 As you may know, the University of Alabama (Roll Tide!) won the national championship in football last night (Roll Tide!!). And you may have heard that one of the announcers for the game, Brent Musburger (who is by no means young), raised eyebrows with some remarks about Bama quarterback A.J. McCarron's girlfriend. If you've ever watched football games on TV, you know they often show brief shots of people in the crowd who are interesting in one way or another: because they're wearing a crazy costume, because they're pretty women, or because they're related to a player or coach. Well, this young lady met those last two criteria, and Musburger's comments about her looks were a tad over-enthusiastic: he told his broadcasting partner, a former quarterback, that "you quarterbacks get all the good-looking women" and suggested that "If you’re a youngster in Alabama, start getting the football out and throw it around the backyard with Pop." So you can have a girlfriend that beautiful.

I was mildly startled by the remarks, and thought he was overdoing it a bit; I would say it was "inappropriate" if that word simply meant what it says, and didn't now have such prune-faced connotations. And then the camera went back to the game and I forgot about it.

But this morning I discovered that it's a fairly big news story, with people joining in a great chorus of huffiness, including the usual feminists who seem to think they can, just by demanding that it be so, turn the world into a place where the star athlete and the beauty queen don't naturally end up with each other and attract the admiration and envy of everyone else. Here's a good example from the New York Times. This bit is something of a classic:

"It’s extraordinarily inappropriate to focus on an individual’s looks," said Sue Carter, a professor of journalism at Michigan State. "In this instance, the appearance of the quarterback’s girlfriend had no bearing on the outcome of the game. It’s a major personal violation, and it’s so retrograde that it’s embarrassing. I think there’s a generational issue, but it’s incumbent on people practicing in these eras to keep up and this is not a norm."

Two things really strike me about this: the puritanism and the incipient totalitarianism. It really does seem sometimes that there is a certain constant proportion of puritanism in the American character, and that it never goes away, but just expresses itself in different forms. What is political correctness but puritanism seeking to induce a sense of shame about unwelcome thoughts of a socio-political nature?

And as for the totalitarianism: that's what's required if you want to control human nature itself to the extent that this professor wishes. When people like her say "inappropriate" there's a ferocity about it, as if they're frustrated that they can't report you to the police. And I don't doubt that if they ruled the world there would be police for such matters.  There would certainly be very strict rules about allowing the camera to rest on the face of a pretty girl during the broadcast of a football game. Well, come to that, football itself probably wouldn't be allowed.

"...the appearance of the quarterback's girlfriend had no bearing on the outcome of the game" is really rather funny. And by the way, isn't it inappropriate for the professor to suggest that Musburger's age is somehow a defect, causing him to be insensitive and retrograde? Call the cops!

American football, I mean. Really, it is. And in the New York Times. You don't have to know anything about football, just that Tim Tebow plays quarterback, which is the single most important position on a football team, that he was one of the top players in the country when he was in college but hasn't done so well as a professionial, and that he's an evangelical Christian who's very open about his faith (too open for many people, of course).

As a footnote to the story: Tebow was in the game for a while last night against the Tennessee Titans and didn't do very well, though it's hard to say how much of it was his fault. Tennessee did not fear his passing ability at all and blitzed repeatedly and successfully. So the Jets put the starting quarterback in and lost the game anyway.

Not Really That Much of an Exaggeration

A photo gallery for the fall equinox, from the Hearts of Space radio program. 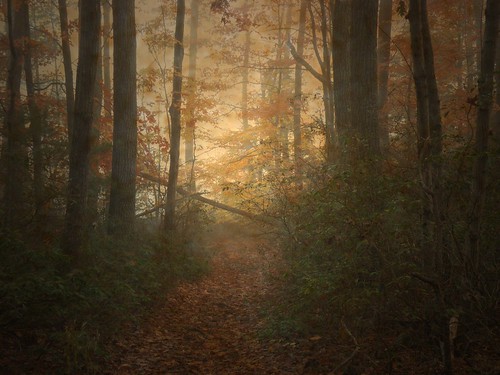 "Fall" here only means somewhat less hot and humid, at least until well into October, but still, the light does fade. It also means this voice:

So many stories like this to choose from. D.J. Fluker: "This is better than Christmas."

Consider this a postlude to the World Cup, sent to me by son John. I had never heard of this "diving" business until my World Cup post a couple of weeks ago, when it was mentioned and explained in the comments. I've since come across other references, and, interestingly, it always seems to be followed by the remark that "The Italians do it all the time." (Notice the music, by the way; I didn't realize at first what it was.)

Oh, and by the way, here is an interesting piece on the often-heard view that we (the USA) would be great in soccer/football/futbol if our top athletes went for it instead of basketball, baseball, and (American) football.

I am linking to this anti-soccer rant from alienated Englishman (and all-around curmudgeon) John Derbyshire because I think it's funny, not because I agree with it (my view is here, in case you missed it—and care). Sample:

The very inconclusiveness of soccer is, I suspect, what has made it the pet sport of the repulsive bobos—David Brooks' "bourgeois bohemians."... In their soft, money-addled minds, these deluded wretches associate soccer with things "civilized" and European: with French wines and Danish pastries, with tiny, fuel-efficient cars and eighteen different varieties of coffee, with universal health care and the prohibition of handguns. How wrong-headed is all this? One hardly knows where to begin.

In fact, it seems to me that attention paid to the World Cup in the US by non-bobos is noticeably higher than at the last go-round. And I’m glad we won this morning (USA 1, Algeria 0).